This existing neoclassic house from mid 19th-century has been completely redesigned by DYNAMO Studio and Güth & Braun Architekten for a client in Germany, completed in 2011. Despite the decadent state of the building, the clients acknowledged traces of previous qualities.

The classic facade, symmetric along the principal axis, is divided in three levels, ground floor, main floor and mezzanine. The facade deepends the layering theme by using massive horizontal sandstone pieces. Other areas of the stone facade were carved with a fine and delicate ornamental pattern turning its natural massive appearance into a nearly textile-like lightness. In contrast with the symmetry of the main facade facing the street, the house opens up to the garden. The different elements on the facade are not linked to a strict order but rather formed a collage. 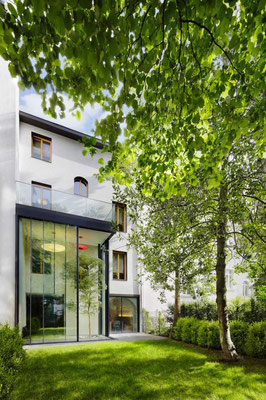 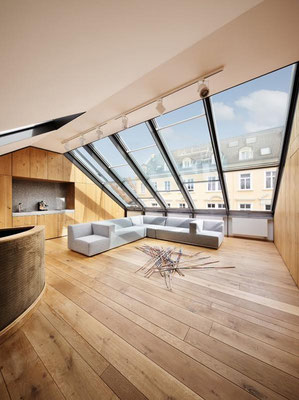 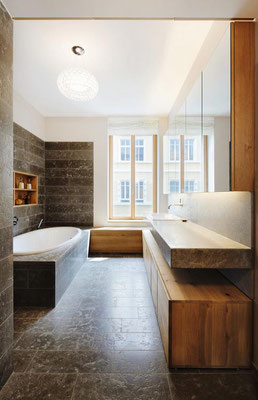 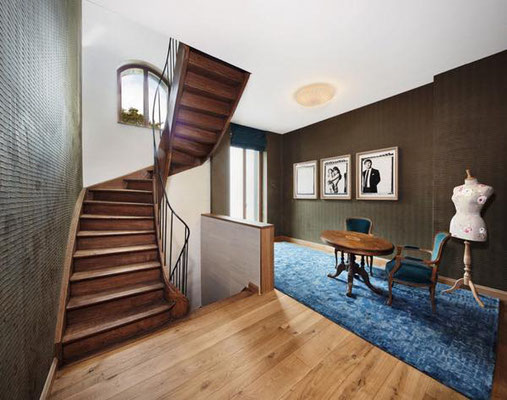 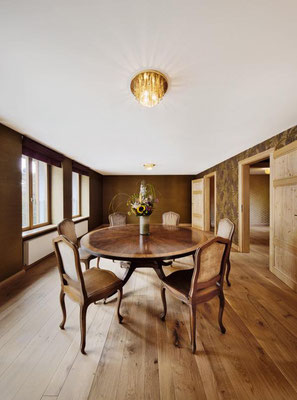 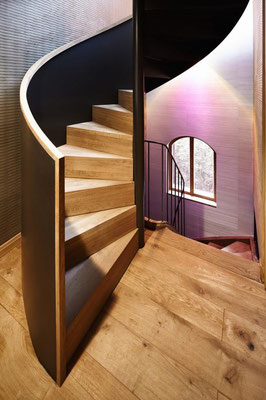 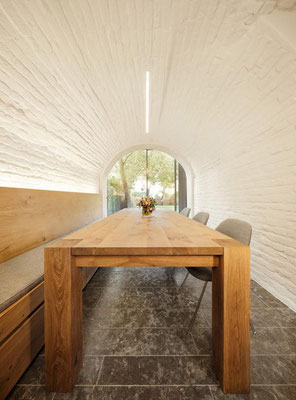 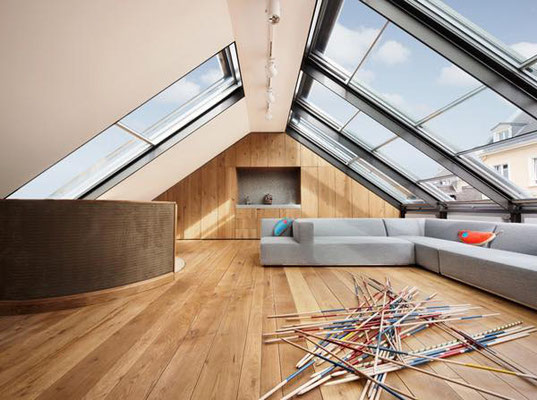 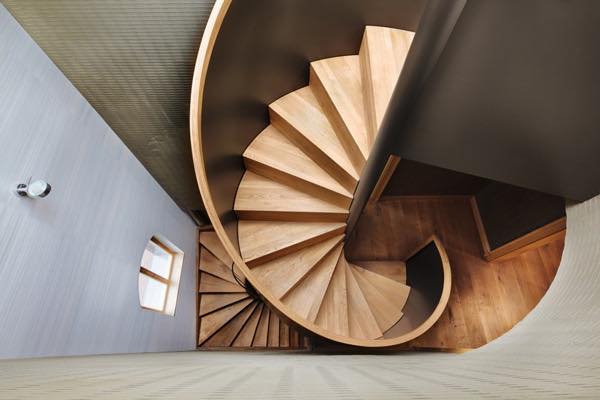 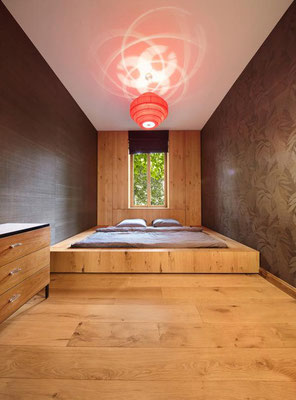